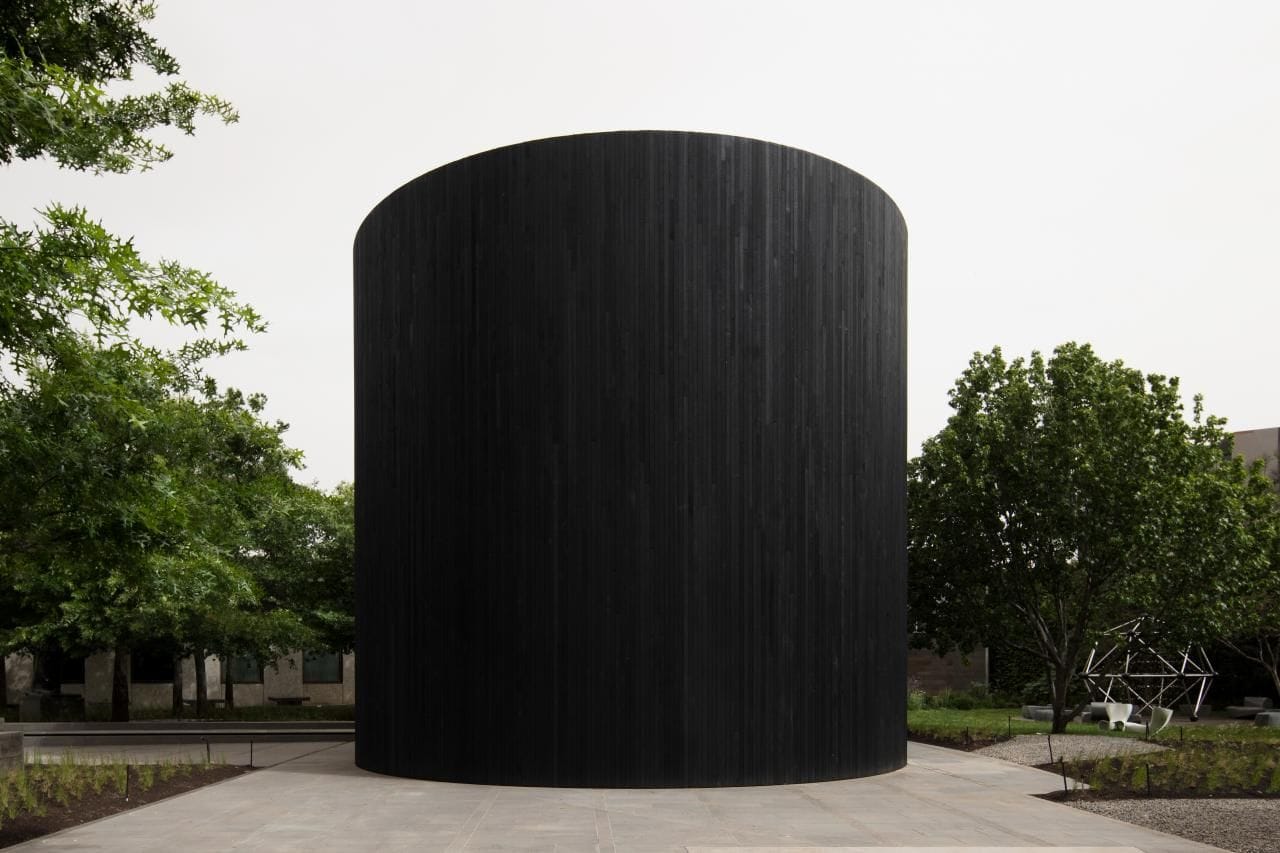 Selected from a nationwide field of proposals, In Absence is the fifth NGV Architecture Commission, an ongoing initiative to commission, through an open competition, temporary works of thought-provoking and immersive architecture.

In Absence is  an architectural installation that invites audiences to better understand the fallacy of the premise of Terra Nullius, which declared Australia as an emptiness awaiting ownership. An enigmatic wooden tower rises upwards from a surrounding field of kangaroo grass, murnong (yams) and an undulating path of crushed Victorian basalt. Below you can watch an interview with Yhonnie Scarce and Edition Office conducted by NGV curator Ewan McEoin, and learn more with an essay by Ewan McEoin.

An interview with the creators of In Absence; Kokatha and Nukunu woman Yhonnie Scarce and Melbourne architecture studio Edition Office.